Apple Silicon-optimized version of Photoshop ships with significant speed improvements After three months of testing in beta, Adobe Photoshop has just gotten its final update, v22.3, to bring native support for Macs with M1 chips, delivering 50% faster performance than running on the Intel chips. Adobe’s internal tests covered the app’s basic and staple features — such as opening and saving files, running filters, and compute-heavy operations like Content-Aware Fill and Select Subject. With the March 2021 update, they are “all feel noticeably faster” on the new chip versus the Intel version, Adobe describes in a blog. Though the benefits of this transition are big, just keep in mind that … Continue reading →

Adobe to host MAX 2020 virtually for free for everyone 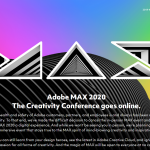 Deliver “Digital MAX” to everyone at no cost Oct. 19–21 Adobe today officially announced it will host its annual Max conference virtually, kicking off on October 19, all for free to anyone who wants to attend. The MAX is typically the largest in-person design conference with keynote and breakout sessions to unveil the latest Creative Cloud apps updates and share the latest solutions. Due to the the coronavirus pandemic, the company took the decision that it would provide a full digital MAX experience for the first time. For the remainder of 2020, Adobe’s events move to a virtual format. “The health and safety of Adobe customers, partners, and employees is … Continue reading → 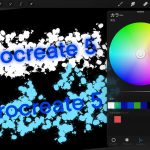 Procreate for iPad gets a major 2019 update Savage Interactive has released the newest version of its software with a huge update on December 9th, 2019. This version brings some of the most demanding features such as Animation Assist, Brush Studio for custom brush creation, Photoshop brush (ABR) import, CMYK mode for print and more. The app is built to run on a new “Valkyrie graphics engine” which works with Apple Metal architecture and designed to get the best performance out of the iPad. Animation Assist offers fundamentals like onion skinning and instant playback to helps you create rich illustrative animations, animatics and looping GIFs to share with others. Brush … Continue reading →