Adobe bringing Photoshop CC to the iPad in 2019

“Real” full version of Photoshop on iPad coming next year

At the Max 2018 conference, Adobe revealed that full version of Photoshop CC on the iPad will be released sometime in 2019.

Adobe started the project 18 month ago, taking the core Photoshop engine and codebase to put into the iPad. Adobe says it would have been impossible without the evolution of the hardware like Apple’s iPad Pros.
The Photoshop team has developed and redesigned the image-editing software for a modern touch experience to deliver the power and precision of its desktop counterpart.
Photoshop is now an ecosystem of apps including real Photoshop on desktop and mobiles, supporting for native PSD files, layers panel and tools you’re accustomed to. 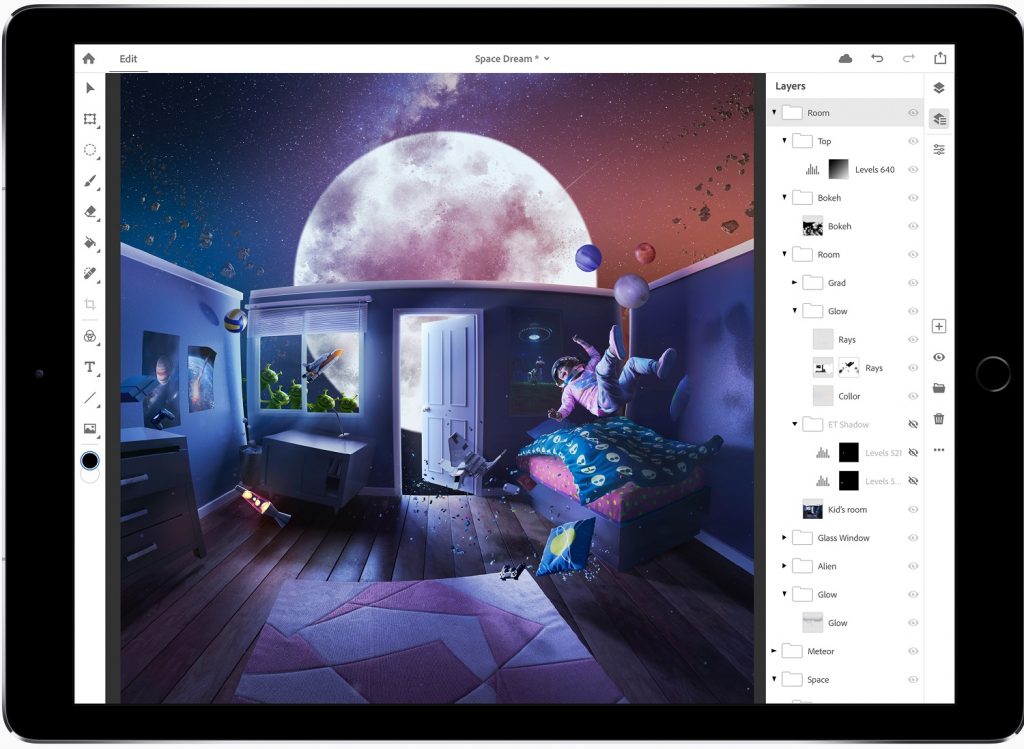 A redesigned user interface on the iPad, we can see many core tools on the left side of screen and minimal layers pane on the right side.

Discover Adobe Photoshop on the iPad

In 2019, you will be able to start your work on an iPad and seamlessly roundtrip all of your edits with Photoshop CC on the desktop via Creative Cloud.
But we are already able to use Pixelmator or Affinity Photo on the iPad. Adobe also offers apps like Photoshop Sketch or Photoshop Fix, however, these mobile apps are markedly different from desktop applications.

This entry was posted in Design and tagged Adobe, PhotoShop. Bookmark the permalink.