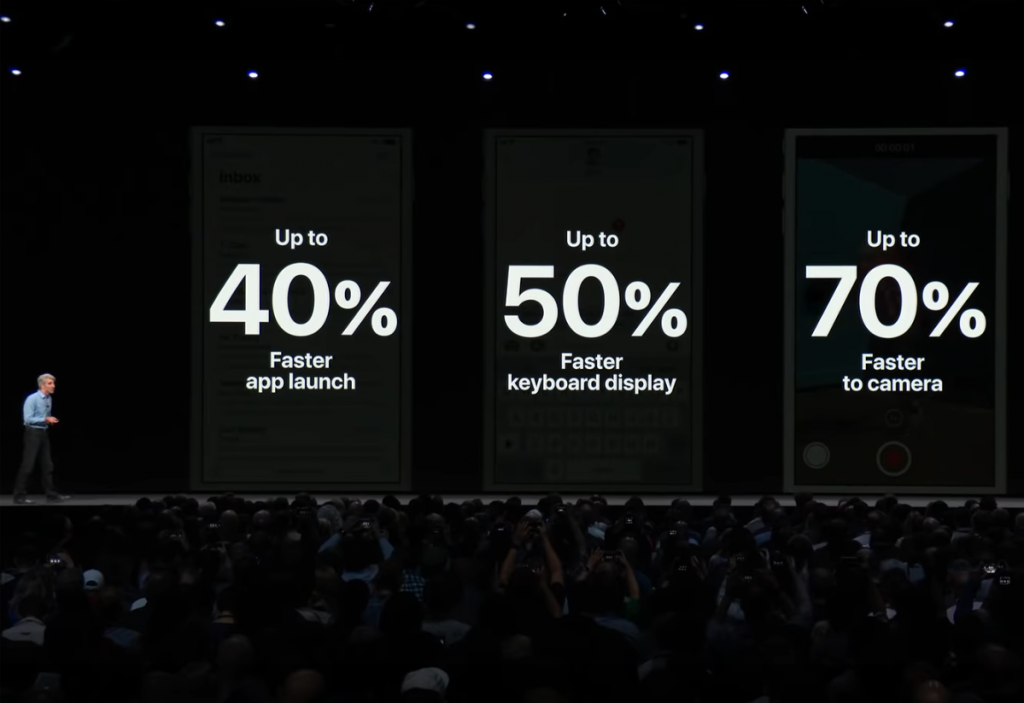 Here are new features and main changes in iOS 12

Group FaceTime feature (video and audio with up to 32 people at once) was delayed and will come later in a future update.